Popular restaurant closes after only 18 months

South Coasts leading business recovery and cashflow solutions company Portland has been appointed Liquidators of Southampton’s popular restaurant Bella Calabria Two. The restaurant, which offered contemporary Italian cuisine, occupied a large iconic site located on the High Street which was originally a bank and in recent years used as a restaurant.

The liquidation comes after a number of setbacks led to a drop in turnover which ultimately forced the business to close its doors after 18 months of trading.

Bella Calabria Two had built a very good reputation in the short time it was open, but struggled to attract the customer volumes required to sustain the business. This combined with unexpected property costs being incurred, further disrupted trade and bookings. It has also struggled due to the cost of purchasing authentic Italian ingredients which has steadily increased over the past 12 months.

“The restaurant industry in the UK has seen many changes over the past few years, even more so in major cities such as Southampton where there is significant local competition. We have seen, and assisted, a number of long established independent local restaurants in recent years. Many of these have been forced to close and blame the increasing number of national chains that have opened across the City, including several in the multi million pound development WestQuay Watermark. This has given diners a vast choice of cuisines in multiple locations, which has meant that restaurants either need to remain more competitive, offer incentives which can further lower turnover or keep repositioning themselves so they remain relevant.“ 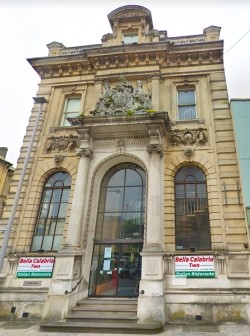 Bella Calabria Two attempted to boost trade by holding theme nights and hosting celebrity guest nights such as A Night With Peter Andre. Although these were very successful and well publicised, the directors decided to call in Portland after the Christmas period in order to minimize its losses and assist in the sale of its assets.

“Bella Calabria Two seemed to do all the right things to attract customers, with the added bonus of being based in a thriving part of Southampton’s city centre. It seems that sometimes there is no set formula for success and it is ultimately the customers who determine if a restaurant fails or succeeds.”

BACK TO IN THE PRESS

Connect with us and engage with the business community.